Shanika is an engineer at an amusement park who is experimenting with changes to the setup for a magnetic roller coaster ride. In one ride, there are two identical roller coaster cars (orange and green) that start on opposite sides of a large magnet located at the center of a station. Shanika wants to get the largest increase in potential energy she can by moving one car one space to the left or the right. Shanika can move the orange car to point A or point B, or she can move the green car to point C or point D. Which movement should she make? Why will that movement result in the largest increase in potential energy? Describe the magnetic force that will act on the roller coaster car she moves. 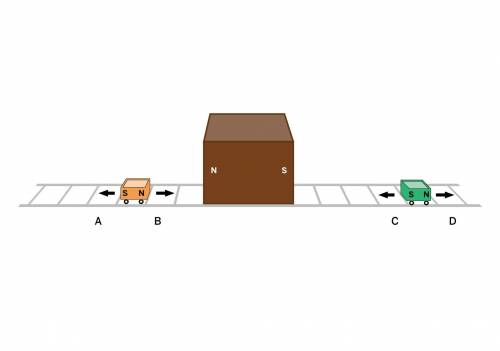 Answered by a new expert

Answered by a new expert

I'm not sure if this is correct but I hope this helps :)

Other questions on the subject: Chemistry