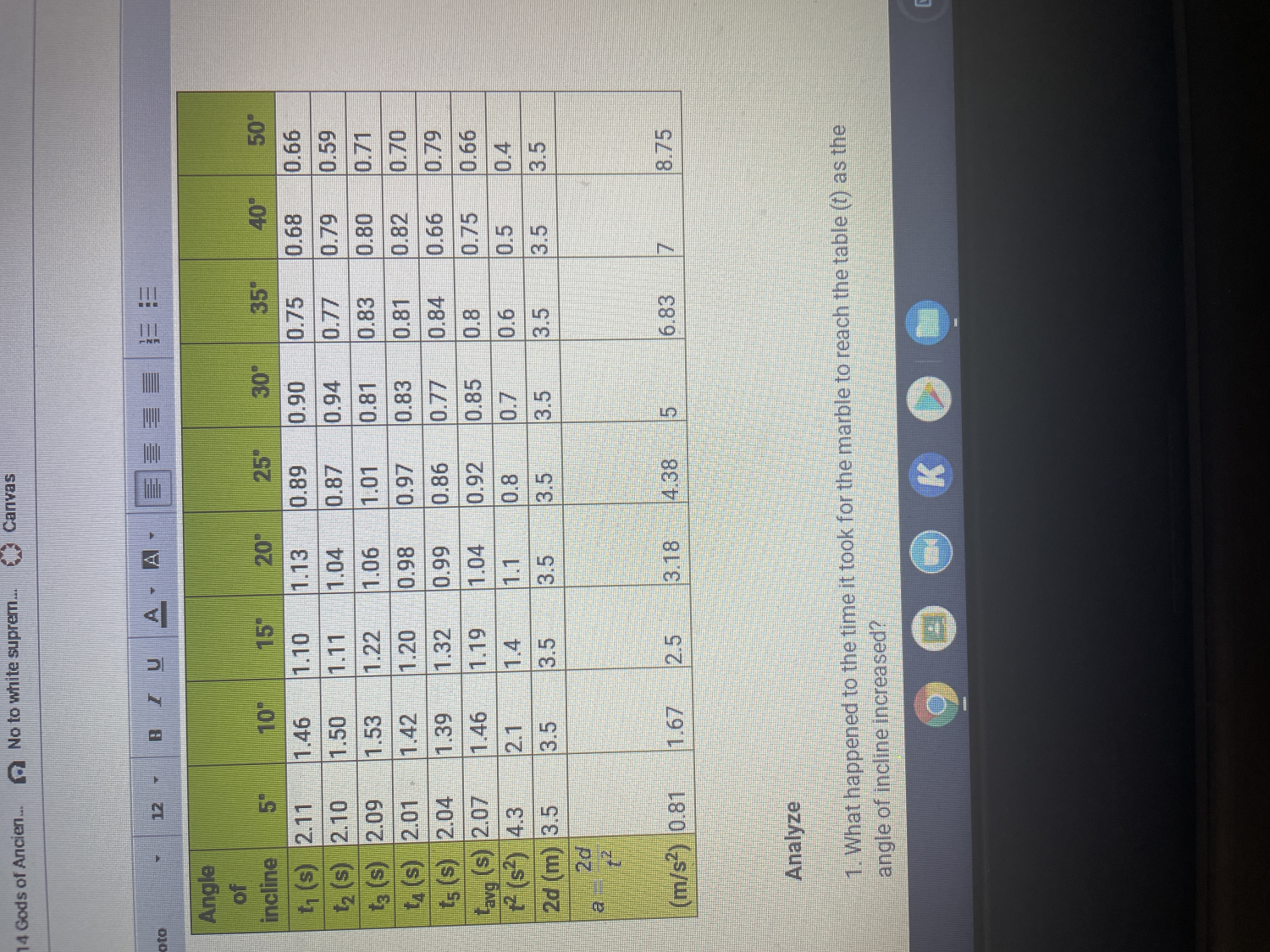 Answered by an experienced expert max.murder22

It took less time for the marble to reach the table as the angle increased. As the acceleration decreases, the time increases.

The marble will travel faster when the height of the inclined plane was raised.

According to the concept of force in an inclined plane where F = mg sinθ, the force is directly proportional to the sine of the angle.

Raising the height to the inclined planed will create an additional angle along its horizontal. Thus, applying its force using Newton's second law

where F = ma, the calculated force will result in greater acceleration and speed.

Other questions on the subject: Physics

P
Physics, 03.12.2020 17:31
19) Sound travels fastest through A)space. B)cool air. C)warm air. D)a metal spoon.
Answers: 0
continue
P
Physics, 11.02.2021 00:27
Which statement is TRUE?Question 2 options:Light waves always travel at a constant speed, but sound waves do not. Waves travel at different speeds through different materials. Light waves and sound waves travel at the same constant speed. Wave speed depends on the amplitude of the wave.
Answers: 0
continue
P
Physics, 06.11.2021 07:36
The velocity is 60 m/S at an angle of 42 degrees above from the horizontal, the cliff is 150m above sea level. Compare qualitatively the magnitude of the projectiles initial velocity (u) with its final velocity (v). Explain your answer
Answers: 0
continue
P
Physics, 05.06.2021 23:46
kiku And Alex are wearing rollerskates Kiku is right behind Alex and both skaters are standing still Alex weighs more than Kiku if Kiku gives Alex a forward push which of the following will be true after the push assume that this is a closed system and friction can be ignored
Answers: 0
continue