The graph shows the trend of increasing carbon dioxide (CO2) levels globally from the years 1700 to 2000. Based on your knowledge of CO2 and its correlation with atmospheric temperature, how will the global temperature graph look? 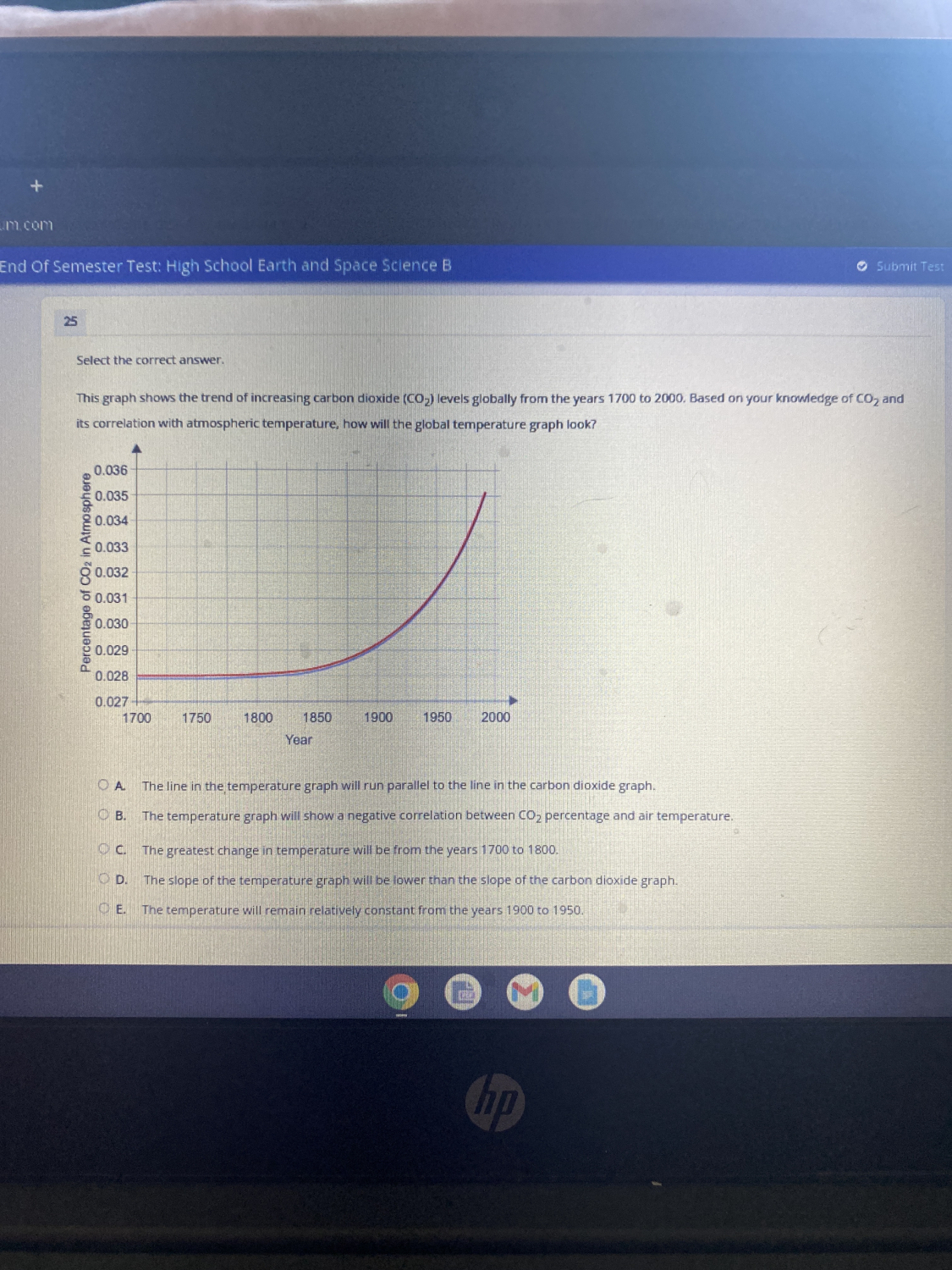 Answered by an experienced expert valeria.grebenchenko

The right answer is A.

The greenhouse effect is a natural process that significantly changes the surface temperature of our planet. And the latter is exerted mainly by carbon dioxide (CO2).

Other questions on the subject: Biology